Call for papers for a COVID-19 -Related Special Issue 2: Original Research, Case and Clinical Reports, Management Guidelines and the Improved and Noval Protocols that assist in treating COVID-19, in addition to the Ideas, Viewpoints, Commentaries that help in improving the public health in the time of pandemic of COVID-19.

Background: Cervical cancer (CC) ranks the eighth most frequent cancer among Syrian women with crude incidence rates 1.4 per 100, 000 populations per year. This study aimed to test the acceptance of the human papillomavirus (HPV) vaccine among mothers of schoolgirls in sixth-grade class.

Methods: A cross-sectional survey was conducted through a structured and self-administrated questionnaire. A total of 400 Syrian mothers of schoolgirls were selected randomly by the cluster sampling method in Aleppo city, Syria, in 2011. Significant variables from univariate analysis were included in an enter technique multiple logistic regression analysis.

Results: The response rate was 86%. If the vaccine was free, 282 (81.7%) mothers would accept the vaccine for themselves and 236 (68.4%) for their daughters, respectively. However, the acceptance rate grossly decreased to 24.6% and 15.1%, respectively, if the vaccine was not provided free. The high cost of the HPV vaccine and lack of knowledge were the significant barriers for mothers' acceptance of the HPV vaccine. Protection of daughters and the trust with health authority were the main encouraging reasons to accept the HPV vaccine. Findings from logistic regression analysis revealed that the employed mothers (odds ratio = 2.4; 95% CI: 1.3–4.4), with a positive history of gynecological examination (OR = 2.1; 95% CI: 1.6–2.9) and having sound knowledge (OR = 2.4; 95% CI: 1.0–5.7) are independent factors related to the acceptance of the HPV vaccine for their daughters.

Conclusion: The results from this study suggest that mothers from different cultural backgrounds, including Syrian mothers, are holding different beliefs on privacy and health that may affect their willingness to accept the HPV vaccine. 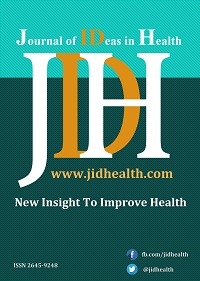